Manufacturer of candles since 1896 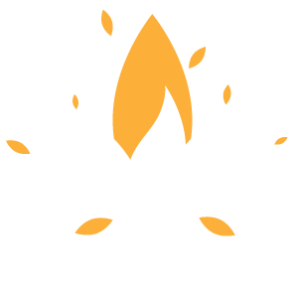 HISTORY OF THE COMPANY ENVIRONMENTAL PROTECTION MANUFACTURING PROCESS OUR INSTALLATIONS

History of the company

Tradition Candles Ltd have produced candles in Laval, Montreal North Shore, starting 1973. Founded by Mr Pierre Perrault the company has established itself as a leader and expanded rapidly. One of the many reasons was the purchase of the Canadian division of Will & Baumer a very important American candle manufacturer.

The company is immediately renowned for the great quality of its liturgical and commercial products that are sold among the religious and commercial institutions in Canada and United States.

At that time the company becomes Tradition MB Candles inc. and move all the operations in St-Constant workshops, more spacious and better adapted to the growing number of employees.

Mailloux Baillargeon inc. was created in 1989 after the merger of F. Bailargeon Ltd and J. E. Mailloux Ltd. Two other large competitors in the candle business.

F. Baillargeon was founded in 1896 when Frédéric Baillargeon started making candles in Saint-Isidore-Jonction before moving to St-Constant a few years later. In 1905, Joseph-Ernest Mailloux also launched a candle business in Talon, near St-Jean, and he later moved his facilities in Longueuil. Following the merger in 1989 the new company was settled in St-Constant. 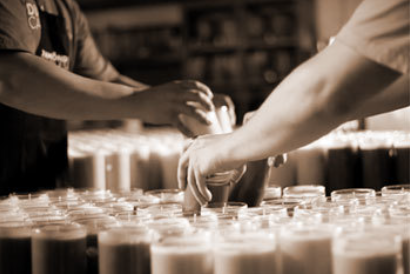 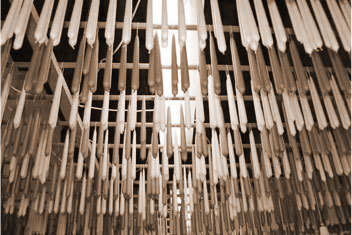 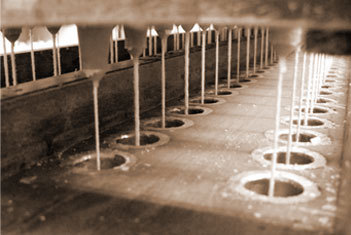 Continuously on the lookout for new trends and after several years of research and testing, Chandelles Tradition MB inc. is proud to use more and more vegetable wax during the production of our products.

We are therefore the first manufacturer of candles to promote vegetable waxes from suppliers who take sustainable development to heart, whilst improving and controlling their productions so it can be done in a eco friendly environment.

We are proud to use in the production of our candles the following natural products for our vegetable wax.

Palm oil is extracted from the fruit of an African palm tree, elaeis guineensis. This first quality natural oil, allows us to create candles made from renewable ressources. The texture of the candle is unique and very original. A must have! 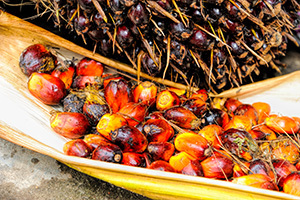 Coconut oil is extracted from the dried coconut pulp. Like palm oil, coconut oil candles, are part of the new generation of candles made from renewable resources. The cracked texture is truly unique. 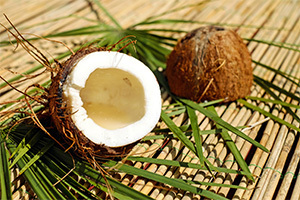 Soy oil is extracted from soybeans. Soy is used, among other things, in the production of our scented candles and gives them a creamy texture. 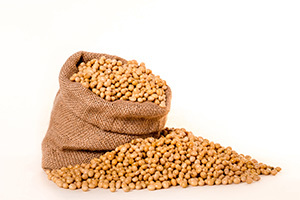 Concerned about every little detail, most of the products we use are recycled.
We are happy to add gift boxes to this line.
Made from recycled cardboard with a Zen and refreshing look, the perfect combination for our natural candles. 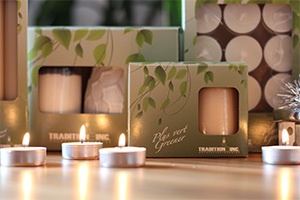 Furthermore,
Did you know that we have a department specifically designed for washing?
We retrieve a large amount of our liturgical glass containers in order to clean them and then reuse them.

At Tradition Candles, the environment is one of our priorities!

With more than 120 years of experience in the field of candles, we are constantly working on improving our machines and optimize our manufacturing processes to ensure high quality for all our products. Tradition Candles team is made up of dedicated people who have a strong expertise in various manufacturing techniques and master the implementation of all types of raw materials.

Each department has different work techniques that need quality control and diverse requirements. We have equipment that covers all applicable processes in the candle industry. This allows us to offer a full range of liturgical and commercial products.

Our research and development department makes sure to make the best choices to meet the required quality and safety criteria. After each production batch, we take samples that are carefully tested in our laboratory to ensure that the burning of the candles is ideal.

We have an impressive variety of wicks. This allows us to optimize performance when burning candles. The wicks used are made from cotton and other natural fibers, without zinc or lead.

Tradition candles also provides for private label projects such as scented wax filling for containers. We also offer a wide selection of containers, perfumes and colors.

Contact us and we will meet your expectations. Our R & D team demonstrates professionalism and promptness in carrying out your personalized requests. Select the color, fragrance, container and packaging of your choice. We will take care of the rest, whatever the size of your project. 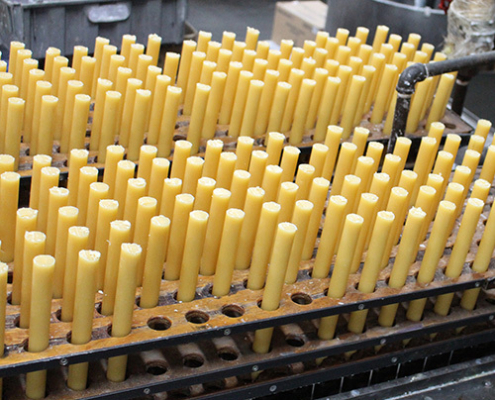 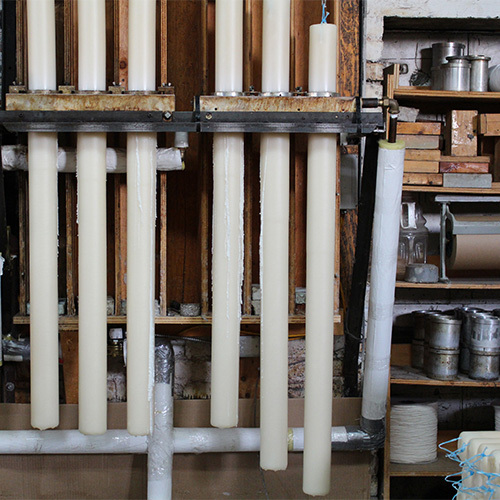 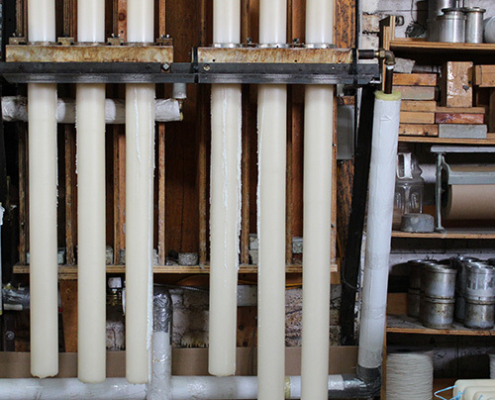 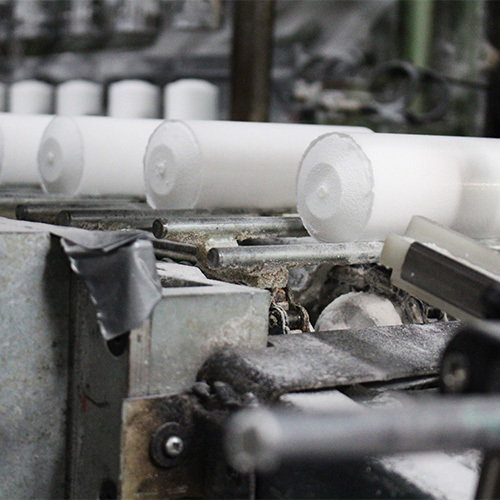 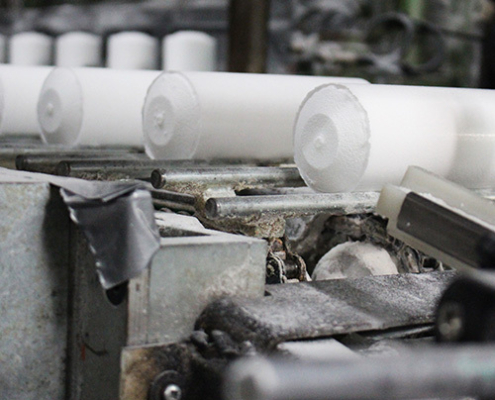 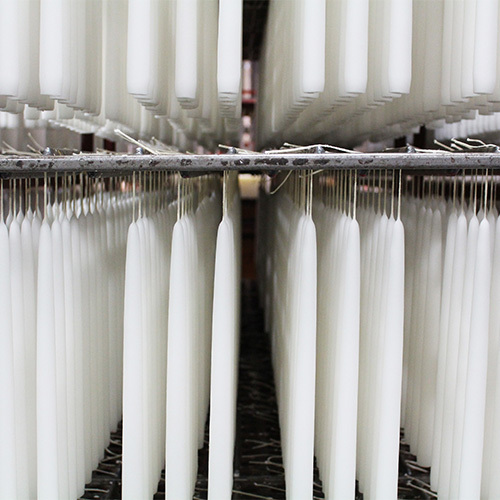 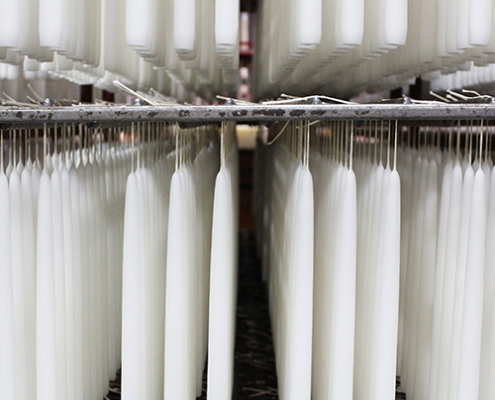